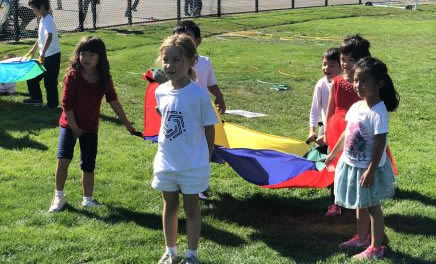 Connected via live video links, Yew Chung and Yew Wah international schools worldwide celebrated Founder’s Day as one big family! Due to the time difference between the United States and China, YCIS Silicon Valley families gathered for a pizza dinner party prior to joining the live celebration at 7pm on October 11. Silicon Valley fifth graders Duke T. and Aiden H. along with fellow students sent greetings to our friends abroad. Everyone was especially excited to look for our middle schoolers who were celebrating Founder’s Day at a Yew Wah school in Tongxiang as part of an exchange visit.

Give your child the confidence to explore, adapt and succeed as a globally aware citizen of our world. Learn more about YCIS.