A New Vision for Global Education 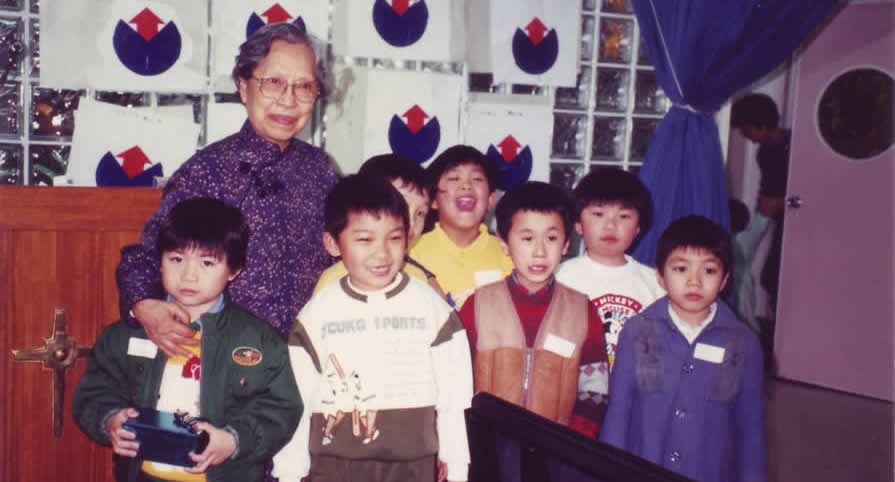 Celebrating 85 years, Yew Chung schools grew from the vision of its founder Madam Tsang Chor-hang from a pioneering early childhood program into a global network of international schools serving thousands of nursery through secondary students. Each October, we celebrate Founder’s Day honoring the insight and vision of Madam Tsang.

In 1932, Yew Chung began in Hong Kong with a young educator’s dream of seeing children grow into leaders who have the knowledge, skills and abilities, as well as a strong inner moral compass, to lead purpose-driven lives and make positive changes in the world. With a desire to contribute to the revitalization of China, and inspired by her deep conviction in her Christian faith, Madam Tsang Chor-hang named her school “Yew Chung” – meaning “to glorify China”. Throughout the tumultuous times around World War II, Madam Tsang persevered in her efforts to maintain the school. “Diligence, thrift, modesty and honesty” became the school’s motto with an aim to educate students to develop good character and sound knowledge, the two pillars of society.

Following in her mother’s footsteps, Dr. Betty Chan Po-king dedicated herself the field of education and the growth of Yew Chung schools. Inspired by her doctoral work in early childhood education at the University of Illinois – Urbana Champaign, Dr. Chan returned to Hong Kong in the 1970s and became a pioneer in the reform movement, introducing concepts such as the importance of play and inquiry, open classroom environments, well-trained teachers and home-school partnerships in the education of young children. The Yew Chung schools expanded exponentially in the 1970s and 1980s from one small school to seven campuses across Hong Kong.

In the 1980s and 1990s, with advances in technology and concepts of internationalization and the global village becoming prevalent, Dr. Chan began to consider the question, “What is an international education?” She discovered that in reality most international schools were national schools in an international context, applying a national curriculum (usually from a western country) with a multicultural student population. Dr Chan envisioned a new type of international education, one defined by the transformation of the child to see the world as one homeland, to care about global issues and to be prepared for the demands of an ever-changing global society. Yew Chung became one of the few international schools to emerge from a non-Western context. Recognizing the importance of both English and Chinese for the future of a globalized world, Yew Chung schools committed to a bilingual curriculum integrating the best of eastern and western perspectives and practices. The school in Hong Kong expanded with an international primary and secondary program. Following China’s adoption of the open-door policy, YCIS was the first international school to be officially recognized with campuses opening in Shanghai and Beijing during the 1990s.

Developing a Global Network of Schools

Building on the success of the schools in Hong Kong, Shanghai and Beijing and the developing model of bilingual international education, YCIS schools were opened in the early 2000s in Chongqing and Qingdao, China and Mountain View, California in the heart of Silicon Valley. Today, guided by the Yew Chung Education Foundation (YCEF) and the vision of CEO and School Supervisor Dr. Chan, all YCIS schools share the same educational philosophies and commitment to a global education while reflecting the uniqueness of the populations they serve. They are all committed to the school motto that Yew Chung will align with science and technology, culture and arts, love and charity. Throughout the last three decades, YCEF has continued to builds partnerships with educational institutions and organizations around the world, hosting conferences, sending its experienced and dedicated educators and administrators to present at conferences, making site visits to learn from best practices and innovations worldwide and to share the Yew Chung model of global education. The Seeds of Hope charity was established as a system-wide charitable endeavor, first to respond to the tragedy of the Sizhuan earthquake in 2008, then to build schools in rural China and now to support charitable endeavors locally and abroad. Celebrating its 85th anniversary in 2017, YCIS schools continue to evolve its vision and implementation of global education for the thousands of students it serves.

YCIS Silicon Valley opened as a non-profit 501(c)3 school with a handful of students in 2002. With the support of dedicated staff and families who believed in our mission, we have grown to serve over 230 students in preschool through grade 8. In 2011, having outgrown our Easy Street campus, a new preschool campus opened a short walk away on East Middlefield Road. With a new facility, we started a new and very popular bilingual program for two year olds. In 2014, the addition of portable classrooms at our Easy Street campus afforded the opportunity to expand into middle school. We welcomed our inaugural 6th Grade class in August 2015. As the only YCIS school in the United States, YCIS Silicon Valley continues to grow as a learning community dedicated to implementing the vision of a Yew Chung global education within an American environment.